123HotelGift has selected 5 Dutch cities that travelers often overlook, each a real hidden gem with a unique ambiance and charm. Whether you want to be immersed in history, prefer strolling along picturesque canals, or are looking for a bustling modern city with a raw edge, these destinations should be on your bucket list.

Only 35 minutes by train from Amsterdam, a small but charming city called Amersfoort lies close to the exact middle of the country, and it is one of the best-preserved medieval cities in the country.

Amersfoort, like other Dutch medieval cities, has a network of canals, but it also includes a moat that around the ancient city center. The old city walls are on the inside of this moat, but instead of conventional walls, these walls are houses, and people really live inside them. They are known as ‘Muurhuizen,’ which translates to ‘Wall Houses.’

Amersfoort is also noted for its several squares with bars and patios, excellent coffee and local craft beer, and a busy market with tasty local items held twice a week on the city’s main plaza “De Hof.” Amersfoort has been named the finest city in the Netherlands to living in several times, and you’ll see why after a visit to this lovely little treasure.

The city of Arnhem is located in the east of the Netherlands, close to the German border. This city has a fascinating history and is well worth a visit if you’re interested in WW2 or fashion.

Arnhem is home to the Dutch fashion academy and a plethora of boutique fashion boutiques, making it a fantastic spot to go shopping. The Dutch Open Air Museum is another attraction worth seeing in Arnhem, and it is appropriate for all ages. This 44-hectare museum depicts how people in various parts of the Netherlands lived throughout history. The wheelwright, blacksmith, fisherman, miller, and many farmers are waiting for you and they can use an extra hand. So prepare to do some honest labor before you get a chance to taste some of the traditional Dutch foods and drinks.

If you look at a map of The Netherlands attentively, you’ll see two large lakes in the center of the country: the IJsselmeer and the Markermeer. If you look closely at the Markermeer, you’ll notice a little triangle-shaped piece of land in the middle of the lake with only one road running to and from it. Marken is the name of this small piece of land, and visiting it is like traveling back in time a few hundred years.

Marken was not reconnected to the mainland until 1957 when an embankment with a single road connecting to and from it was constructed. Because Marken was prone to flooding, residents erected their homes on earth mounds and subsequently stakes, and dug narrow channels to divert the excess water away. This gave Marken its own distinct personality and architectural style that you won’t find anyplace else on the planet.

Urk, a centuries-old fishing hamlet, with a distinct culture and history. You’ll still hear Urk spoken, and you’ll be able to walk aimlessly around the old alleys (‘ginkies’) and alleyways. Terrace cafés in the charming port encourage you to sample delectable smoked eel from the IJsselmeer lake or freshly fried fish from Urk fisherman.

A visit to the lighthouse, museum, monuments and the fish market on the IJsselmeer lake is also advised. A voyage across the IJsselmeer – the old Zuider Zee – on an authentic fishing boat or by ferry to Enkhuizen is also a must.

The spectacular architecture and gigantic structures steal the show in this very attractive ancient city, which is the hub of the Dutch flower-bulb-growing area. Walking is the greatest way to see Haarlem. Simply begin strolling through the old city center, across the canals, through the green courtyards known as “hofjes,” and into a maze of small cobblestone alleys dotted with charming gingerbread buildings.

Windmill De Adriaan on the bank of the Spaarne River, the Amsterdamse Poort; Haarlem’s only remaining ancient city gate, the large Gothic-style Saint Bavo Church on the main city square, and the Byzantine-style Saint Bavo Cathedral are all worth seeing.

Head to the Jopenkerk, a beer brewery housed inside a 14th-century church, when you need a respite. If you enjoy craft beer, you must try some of their offerings. Roast Chicken Bar is a great place to eat. They only offer grilled chicken, but it’s some of the finest you’ll ever taste. 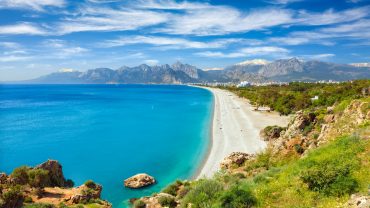 Give 123HotelGift Give 123FlyGift Imagine trekking through centuries-old ruins to reach...

Give 123HotelGift Give 123FlyGift Pullman Berlin Schweizerhof **** This hotel has a... 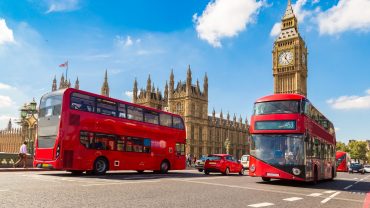 Give 123HotelGift Give 123FlyGift Traveling to London on a shoestring budget?...