Sadly, not all of our natural wonders will be around forever. With signs of global warming more present than before, many wonders of the world are under threat. These 5 iconic coral reefs, glaciers, low-lying islands, and other gorgeous natural wonders are disappearing at an alarming rate.

Listed as one of the world’s pristine natural wonders, the Great Barrier Reef in Australia is one of the greatest gifts Mother Earth has given us. It is the largest coral reef ecosystem in the world – so large it can be seen from space. It alluring two million visitors a year who travel from all over the world to admire its colorfulness and marine life.

Unfortunately, climate change is having a major impact on the reef. The ever-increasing water temperatures are killing off the algae that give the coral its vibrant colors – also known as coral bleaching. Even though we will soon lose one of our greatest treasures, there is still time to explore this underwater world.

Glacier National Park has one of the largest intact ecosystems in the temperate zone, and it is surprisingly easy to explore by road or trail. With over 1 million acres of towering, rugged peaks, cascading waterfalls, wild meadows, and sparkling waters, plus wildlife viewing and recreational opportunities, it’s quite simply the vacation of a lifetime.

In 1850, more than 150 glaciers covered the peaks in Montana’s Glacier National Park. But today, only 26 remain. Of those that remain, some have retreated by as much as 85 percent in the last 50 years. Global warming continues to take its toll on the glacier mass – the average annual temperature has risen 1.33 degrees Celsius since 1900. That may sound like an insignificant increase, but it’s enough to affect park ecosystems.

The Maldives is actually a nation of islands in the Indian Ocean. Reefs with colorful bands, tiny jewel-like islands of white soft sand surrounded by the clearest shallow waters imaginable. The beauty of the Maldives is not just about the water. The Maldives is home to about five percent of the planet’s reefs, which comes with an explosion of color contributed by soft and hard corals that form them.

However, those low-lying islands are slowly being swallowed up by rising sea levels. With increasing carbon emissions and melting ice sheets, rising sea levels have begun to inundate this beautiful natural wonder, whose highest point is only eight feet above the water. Maldivians live in constant danger of having to evacuate their home. The death of the coral reefs that provide food and income for the islanders could occur in 2112 or even sooner.

The Amazon Rainforest in South America, one of the newest natural wonders, is the largest rainforest in the world. Not only does the Amazon forest allow you to expand your cultural horizons, but it also offers the best lesson in biodiversity you can get, as the rainforest is home to 10 percent of all plant and animal species known on planet Earth.

Unfortunately, about 17 percent of this rainforest has been lost in the last 50 years, mostly to cattle ranching, according to the World Wildlife Fund. The rainforest is so large that the well-being of the planet depends on the health of the Amazon, which stabilizes the global climate. Deforestation releases significant amounts of the Amazon’s 90-140 billion tons of carbon, which can have devastating consequences for the Earth’s water cycle. When trees are cut down, not only is carbon dioxide released but less is absorbed.

The Antarctic Peninsula is mainland Antarctica, so when you visit here and set foot upon the ground, you have truly been to Antarctica. It also offers the possibility to cross the Antarctic Circle. In recent years, there are more and more options on Fly-Cruise, where the two-day trip is shortened to a two-hour flight, after which tourists can join the cruise ship already waiting for them in Antarctica. There is a great variety of landscapes and wildlife to see in a relatively small area, a trip to the peninsula is also the most convenient way to visit Antarctica.

Sadly, Antarctica has 40 percent less sea ice, and none at all will form in the next 20 to 40 years, which will have devastating effects on wildlife such as whales, seals, and penguins – all of which have already declined by 70 percent. 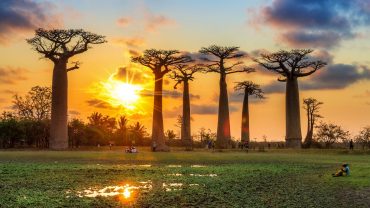